Members of the UK Garrison were joined by the Rebel Legion UK to participate in this publicity shoot for Rogue One in London over the evening and morning of 14th and 15th December 2016.

The video is about a costumed fan group en route to a special fan screening of Rogue One before its official release. On their journey, which starts at the Millennium Bridge, they surprise and delight London commuters who look on in awe and amusement. They also pay homage to one of the film's locations by visiting Canary Wharf tube station which appears in the film.

This was a great privilege for the club and we are very proud of the members who made this video look so good. 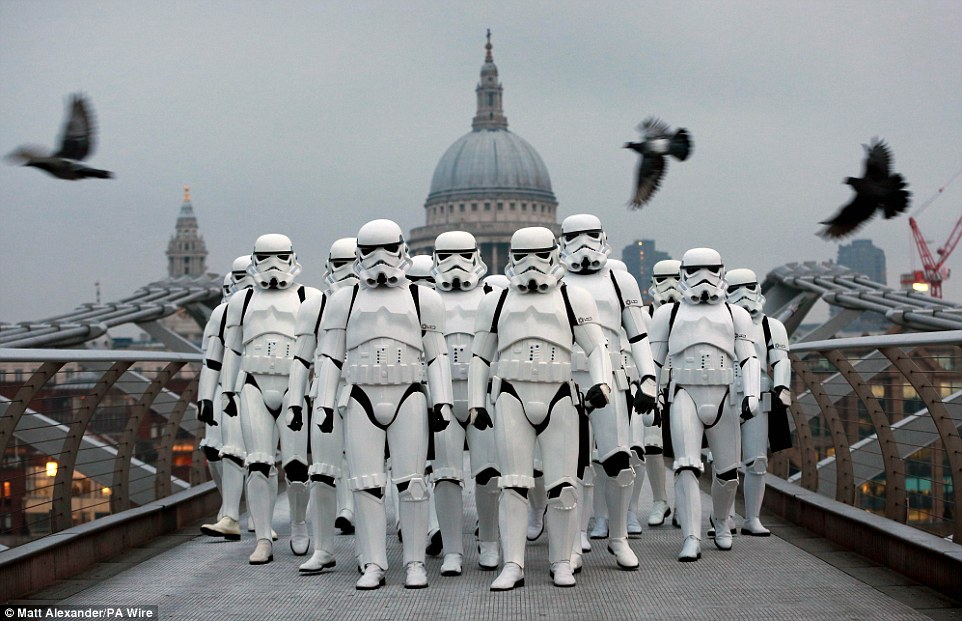 Storming London: Pictures show Stormtroopers marching through some of London’s most-iconic sights to mark the release of the new Star Wars film by the Daily Mail.