On Saturday, 8th March 2014, members of the Isle of Wight based Vectis Remnant Squad presented a cheque for £1000 to the Earl Mountbatten Hospice. 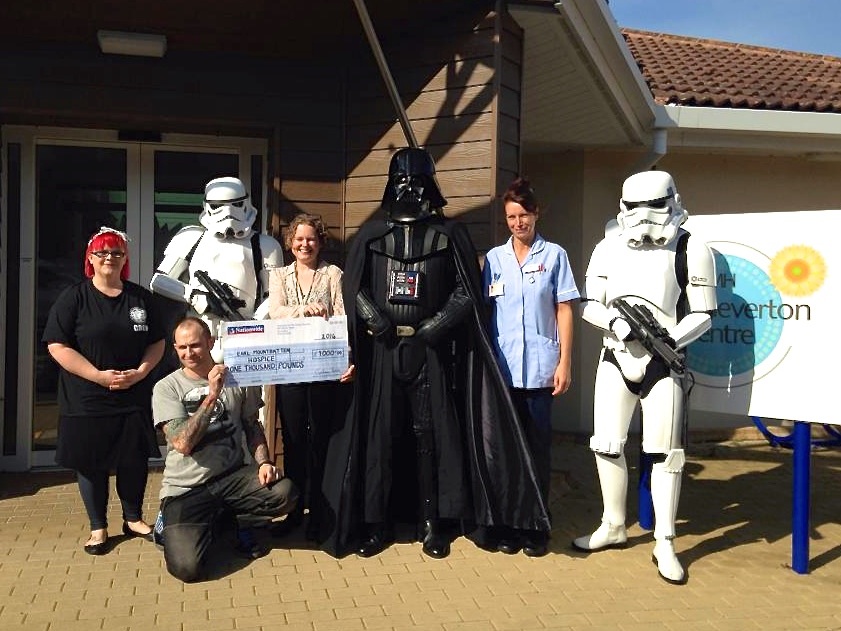 This money was raised from events the VRS attended on the Isle of Wight during 2013. The UK Garrison are very proud of our small island Squad and their tireless trooping which has enabled them to make this large donation to such a worthy cause.