The force was well and truly with Caterham Carnival on Saturday.

Star Wars characters including Darth Vader and a Stormtrooper [ed. along with other characters from the UK Garrison] were in the impressive parade. 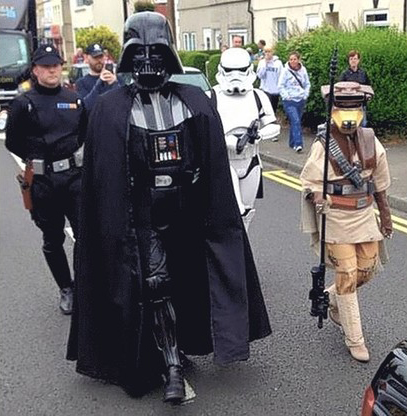 Tweet
More in this category: « It’s the Luton stormtrooper Intergalactic visitors make sure fun day is out of this world! »