Welcome to the 501st UK Garrison

The 501st UK Garrison was formed in 2000 and has gone on to become one of the foremost Star Wars costuming groups in the UK. We are a part of the constantly growing 501st Legion, itself the largest costuming organisation in the world.

We are renowned for our high standard 'movie accurate' costumes, professionalism and dedication to fundraising for charity. Our goal to be the very best at what we do has been reached and surpassed enabling us to be present at the highest level of Star Wars related events and work with some of the biggest names in the Star Wars industry.

Over the last twenty years we have attended several thousand events, helping to raise money for a considerable number of charities, bringing joy to many and smiles to countless faces. 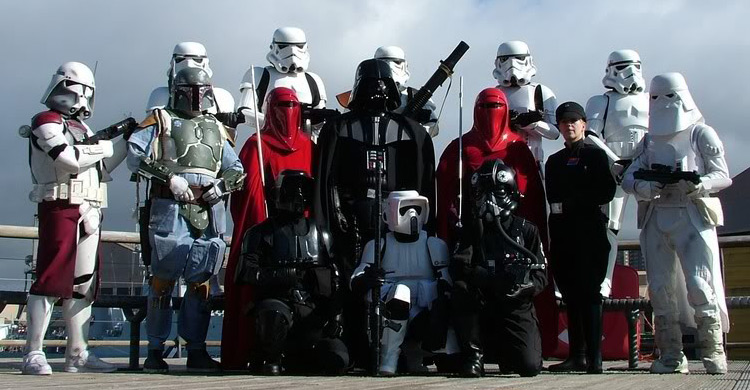 Heroes of the Empire

During 2016-2017, members of the 501st UK Garrison were filmed for 'Heroes of the Empire, a documentary about the work of the UK Garrison, due to be released on Amazon Prime on 8th Febuary 2019.

The 501st UK Garrison is part of the 501st Legion, a worldwide Star Wars costuming organisation comprised of and operated by Star Wars fans. While it is not sponsored by Lucasfilm Ltd., it follows generally accepted ground rules for Star Wars fan groups.
Star Wars, its characters, costumes, and all associated items are the intellectual property of Lucasfilm. © & ™ Lucasfilm Ltd. All rights reserved. Used under authorisation.