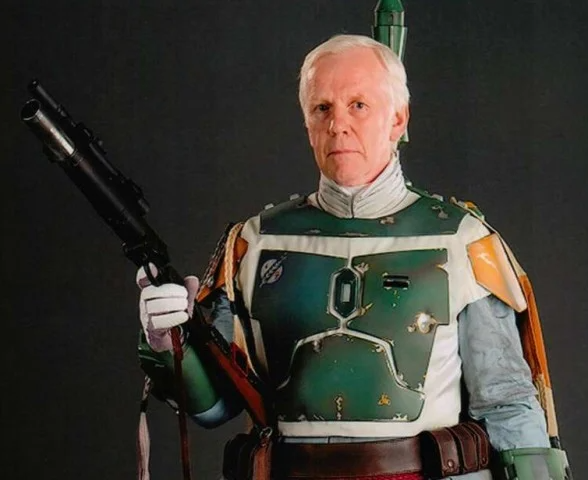 It is our sad duty to report the passing of Jeremy Bulloch, the actor who portrayed Boba Fett in The Empire Strikes Back in 1980 and Return of the Jedi in 1983. Jeremy was a full member of the 501st UK Garrison (BH 5211).
As well as his appearances in the Star Wars Original Trilogy, Jeremy had an acting career spanning 45 years, including roles in the James Bond film Octopussy in 1983 and a number of Doctor Who episodes in the 1970s.
For many star wars fans Jeremy was a familiar face on the convention scene and was a regular at Star Wars Celebrations over the years, regaling fans with stories from his time behind the mask and his career beyond that galaxy far, far away. Even after retiring from conventions in 2018 he still did signings from home for his fans.
Jeremy and his iconic costume turned a supporting character into a Starwars icon whose story would continue for decades, and still lives on in The Mandalorian.
Our thoughts are with his family.
Buckets off Sir.

Tweet
More in this category: « Sad loss of one of our members DZ-20153 Guard of Honour for George »