Actor Scott Richardson (who braught Quiggold from The Force Awakens to life) has been inducted as a 501st Honorary Member.

Our Commanding Officer Gary Hailes presented Scott with his 501st Honorary Membership plaque as part of the ongoing 1138: Celebrating 50 Years of Lucasfilm event. 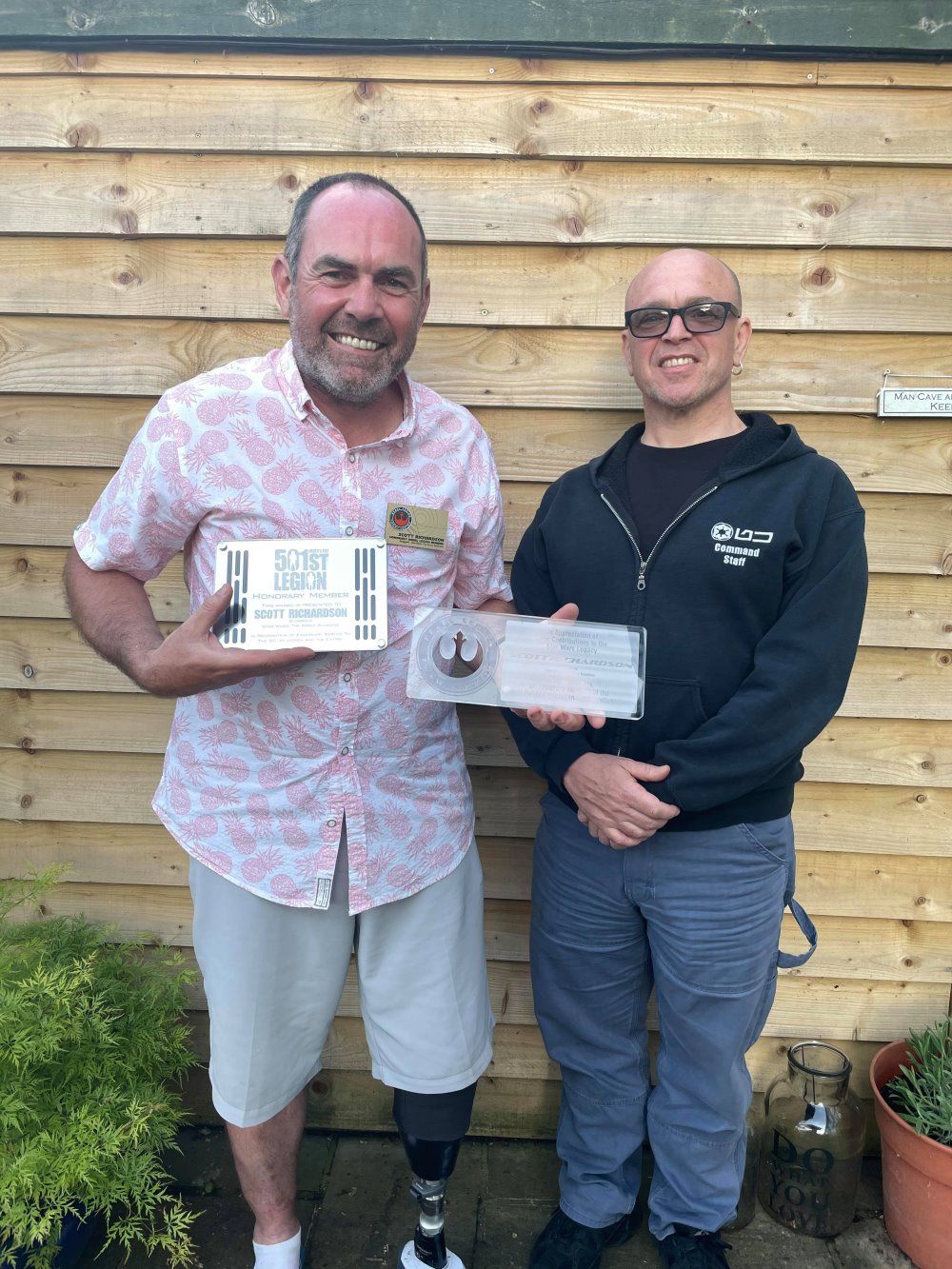 Welcome to the Legion Scott!

Tweet
More in this category: « 1138 Celebrating 50 Years of Lucasfilm The Ark Community Hub at Forget Me Knot »