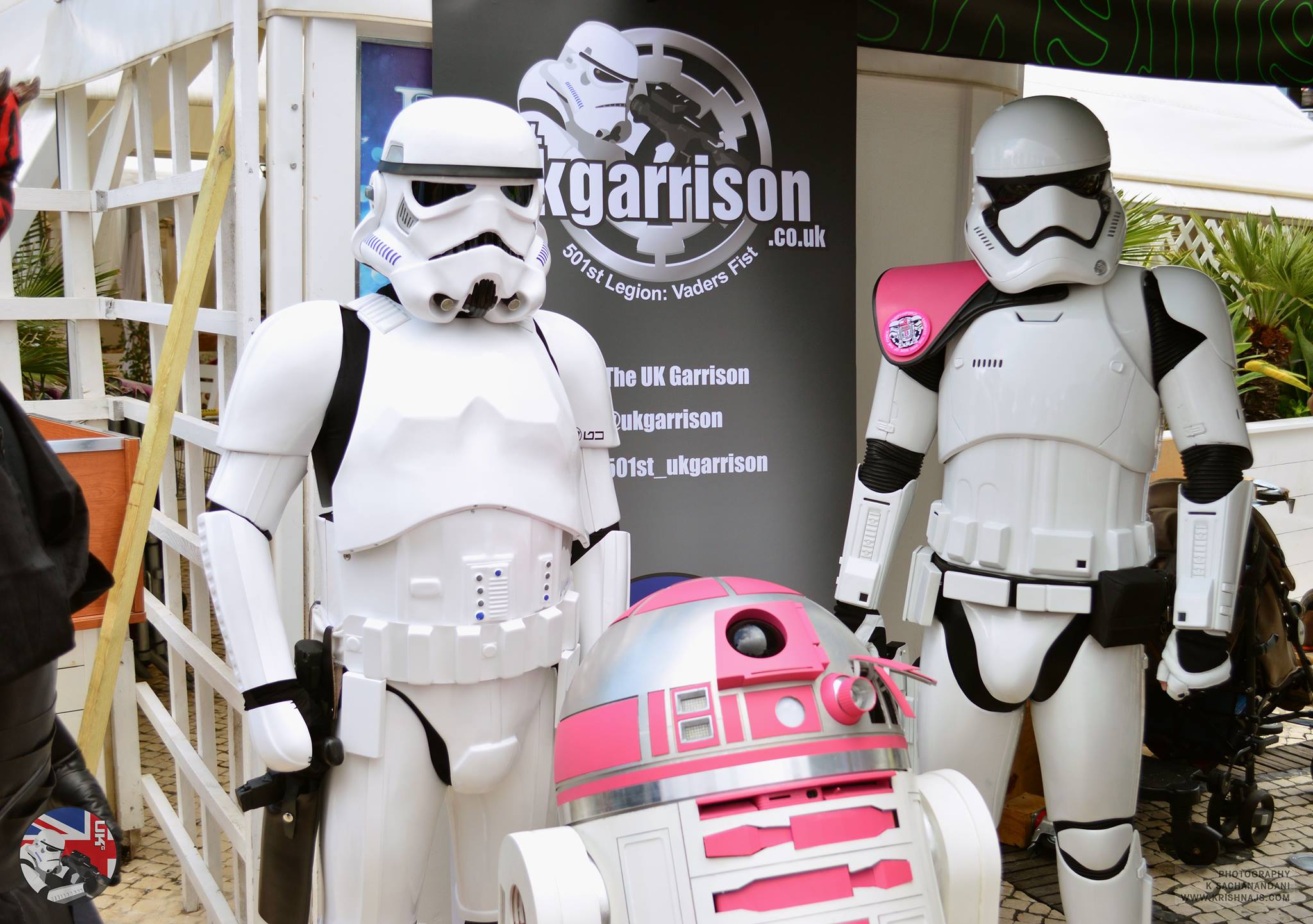 On the 18th of August Imperial forces of the 501st were dispatched to Gibraltar for the first time ever to support the RAOB Charity Boat race, Gibraltar Cardiac Association, and GBC Open Day Appeal.

TK22201 (Shaun Lister) of the UK Garrison and TK77700 (Andoni Serrano) of the Spanish Garrison made land fall and heard rumours of a Rebel incursions in the area. Imperial forces went in pursuit and rescued an Imperial R2 Unit of the Pink Force. The R2-KT Ambassador Droid was found and reunited with imperial forces in the British Overseas Territory and is now under guard by TK22201 and TK77700.

Big thank you to Spanish Garrison and the Pink force for attending this historical first event in Gibraltar by the 501st UK Garrison, Cristina Urtiaga Martin... and an unexpected fan dressed as Darth Maul.

Delighted to announce that a whopping £7,757.74 was raised on the day and all proceeds will be divided equally between the Gibraltar Cardiac Association and the GBC Open Day Appeal.