Tremendous fun was had by the UK Garrison & the public alike at the LEGOLAND Star Wars Days held over the over the May Bank Holiday weekend, 3rd to 5th May 2014, at LEGOLAND, Windsor. Of course this huge event also encompassed Star Wars day of 'May the 4th be with you'.

The UK Garrison were joined by our friends from the Rebel Legion UK, the Mandalorian Mercs UK & the R2 Builders Club. With well over a hundred costumers in the park each day & with so many children in costume too we managed to get some great photos, some of which are shown in the video below. This great video was put together by our very own Stephen Smith, TK 5237, UKG Event Co-ordinator & principal costume group organiser for this fantastic weekend. 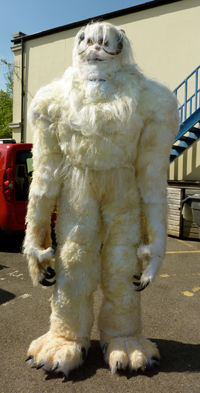 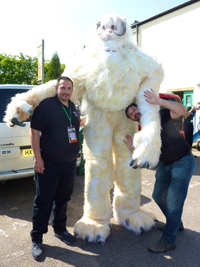 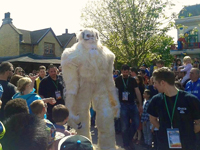 From arriving on-site at 7am to leaving again after 7pm every day this is one of the most tiring but most exciting & rewarding troops we do. The happy faces of the adults & kids gave us so much energy & buzz we just didn't want it to end. The highlight of each day was the Star Wars March, made even more epic on Sunday 4th May by the addition of Tiny the Wampa from the Rebel Legion who made history because as far as we know, none of the other 4 wampas in the world have ever participated in a parade. The reaction Tiny received from all who saw him was just amazing.

A big thank you to everyone who sent us such great feedback via email & social media. It means a lot to us that you took the time to do this & just means that we can't wait to do it all again next year. And yes.....