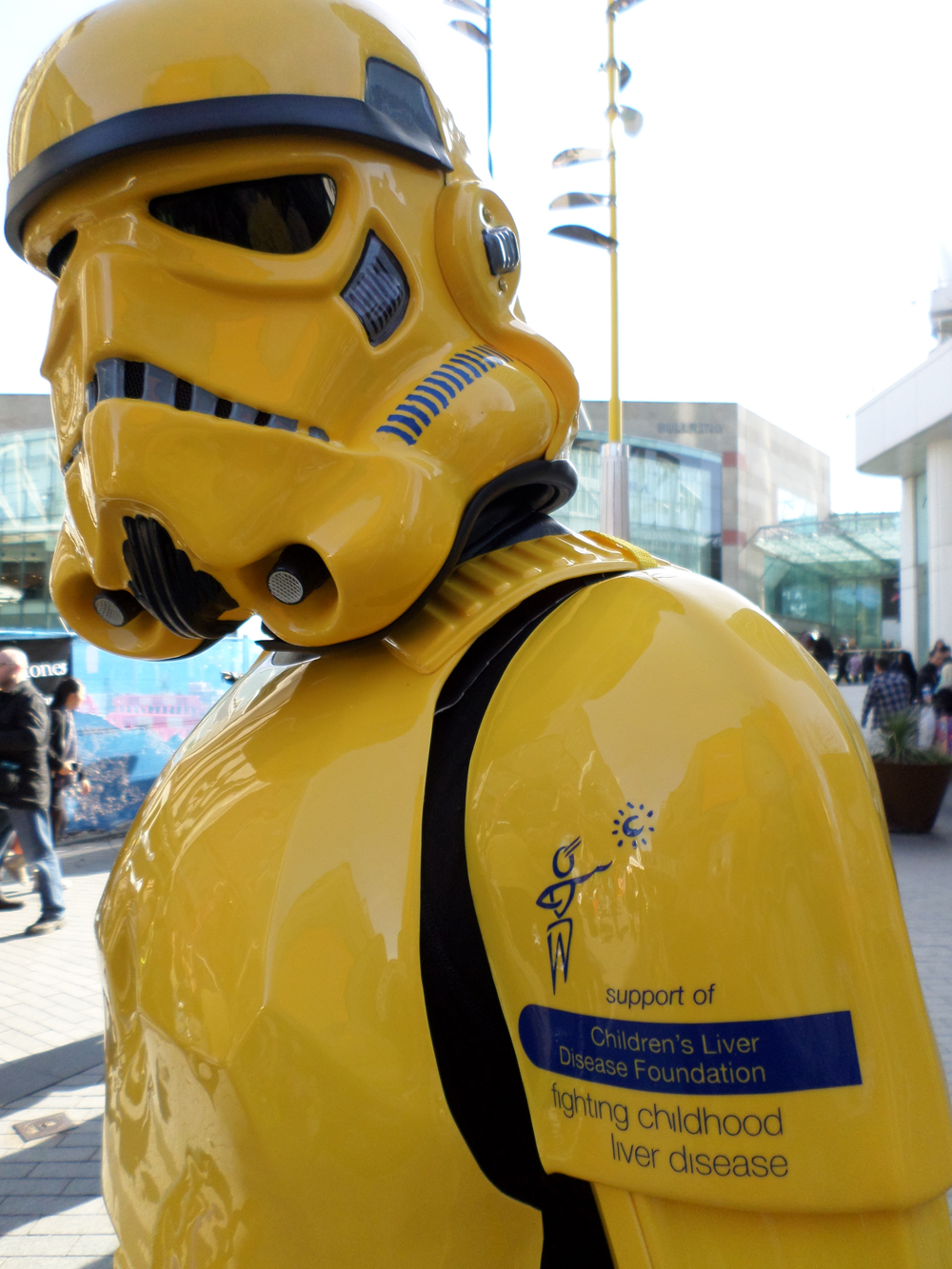 Clive's son, Isaac, was born with a rare liver disease, biliary atresia, in which bile accumulates in the liver causing irreparable scarring and liver failure. At 5 months Isaac suffered liver failure and desperately needed a transplant. After diagnosis and being entered on the transplant list, it was a matter of hours before Birmingham Children's Hospital found Isaac a new liver through the organ donation register and saved his life. That was in 2010 and now, 5 years later (pictured above right), he is doing amazingly well, has just started school and loves it.

After all the tireless advice and support Clive (pictured left in his yellow armour) and his family received from the CLDF he decided to give a little back.

One of the most important aspects of newborn liver disease is early diagnosis. This saves many babies lives. The CLDF has a campaign called Yellow Alert so Clive decided to combine his love of Star Wars and all things UKG to build a Stormtrooper in the CLDF colour of bright yellow and support this cause. Clive's next troop will be at the British Transplant Games.

The armour is Star Wars Episode IV: A New Hope (ANH) 'stunt' and has been built to the UKG standards of clearance. Clive was supported in his build by the generosity of Andy Rogers (BFA), Clothears Costumes and Karin Sonnenschein. 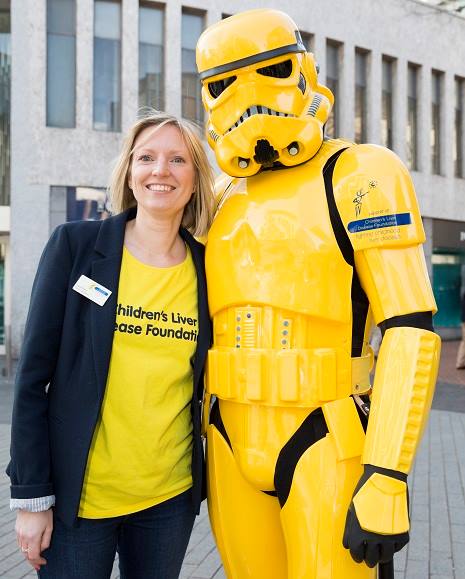 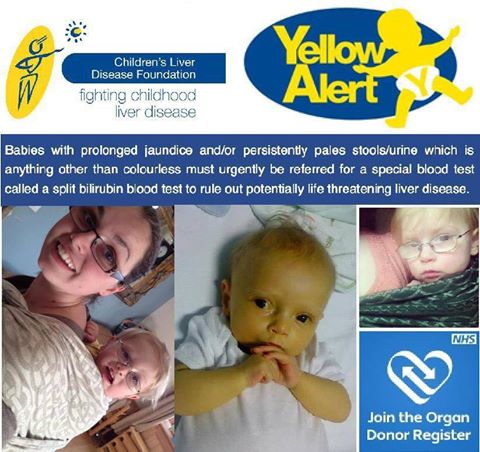