On Thursday 4th April 2013, the UK Garrison attended one of those extra special and meaningful events that make us all proud to be part of the UKG. We were invited by MediCinema to troop at the Defense Medical Rehabilitation Centre Headley Court for a Star Wars themed day they had organised. We also took this opportunity to present MediCinema with a cheque for £2,500. 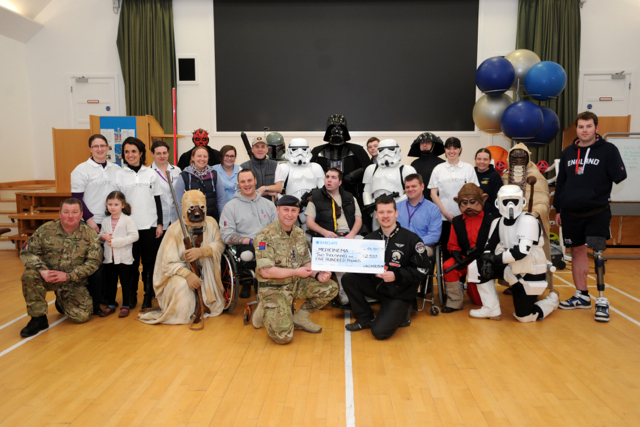 DMRC Headley Court is the the armed forces premier rehabilitation facility whose wide skill base of personnel treat the most complex of combat casualty cases.

MediCinema is a charity that installs and manages permanent state-of-the-art cinemas in hospitals and places of care, which then show the latest movie releases. An immersive and uplifting experience such as watching a good film has proved to have therapeutic effects. One of these cinemas has been installed at Headley Court. 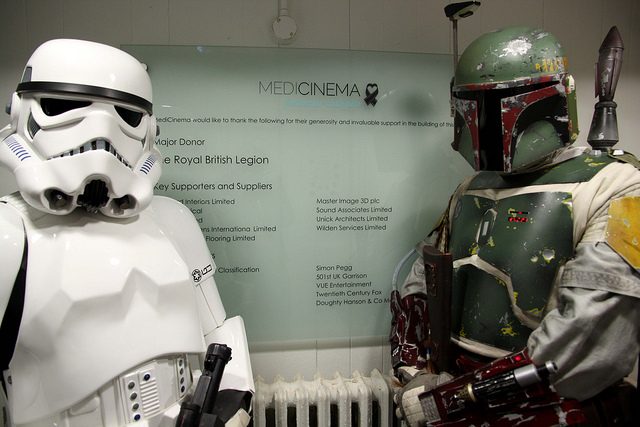 The UKG began supporting MediCinema in 2005 and we have over the years managed to donate £50,000 in total to help them build and manage more cinemas.

Darth Vader, Boba Fett, Darth Maul, Stormtroopers, Tusken Raiders, a Biker Scout, a TIE Pilot, Nien Numb and a MediCinema team all joined in the Star Wars themed day that started with a walk around various gymnasiums to entertain and pose for photos with some of the staff and residents. 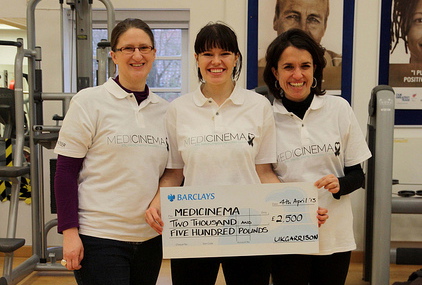 This was followed by the UKG presenting MediCinema with a cheque for £2,500 of which £500 will go directly to MediCinema and £2,000 will go to MediCinema based activities at Headley Court to directly benefit the residents being treated there.

Then it was time for stunt man and coordinator Nick Gillard to give an amazing demonstration of his light sabre skills. Nick is best known as stunt coordinator for Star Wars Episodes 1, 2 and 3. Nick then gave light sabre lessons to some willing and excited residents who found out that, no, it wasn't quite as easy as Nick made it look but despite their injuries they all gamely joined in.

To end what had been both a moving and inspirational day, the UKG were invited to join residents to watch a special 3D screening of The Phantom Menace in the cinema.
It was great for us to be able to see first hand how our fundraising contributes towards helping others and hopefully we can return there some day to entertain the residents again.