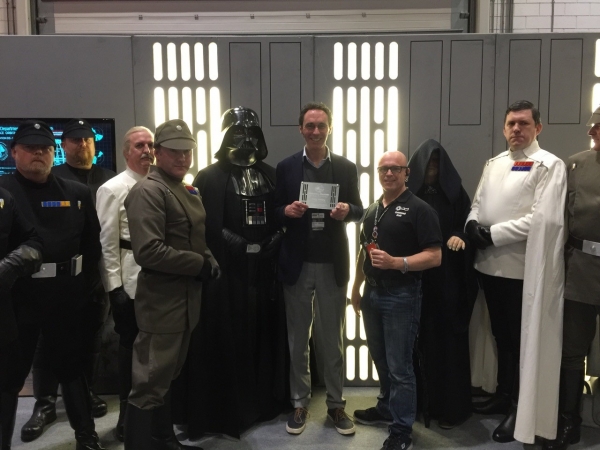 It is with great pleasure that we announce the UK Garrison’s newest Honorary Member, Mr Guy Henry. 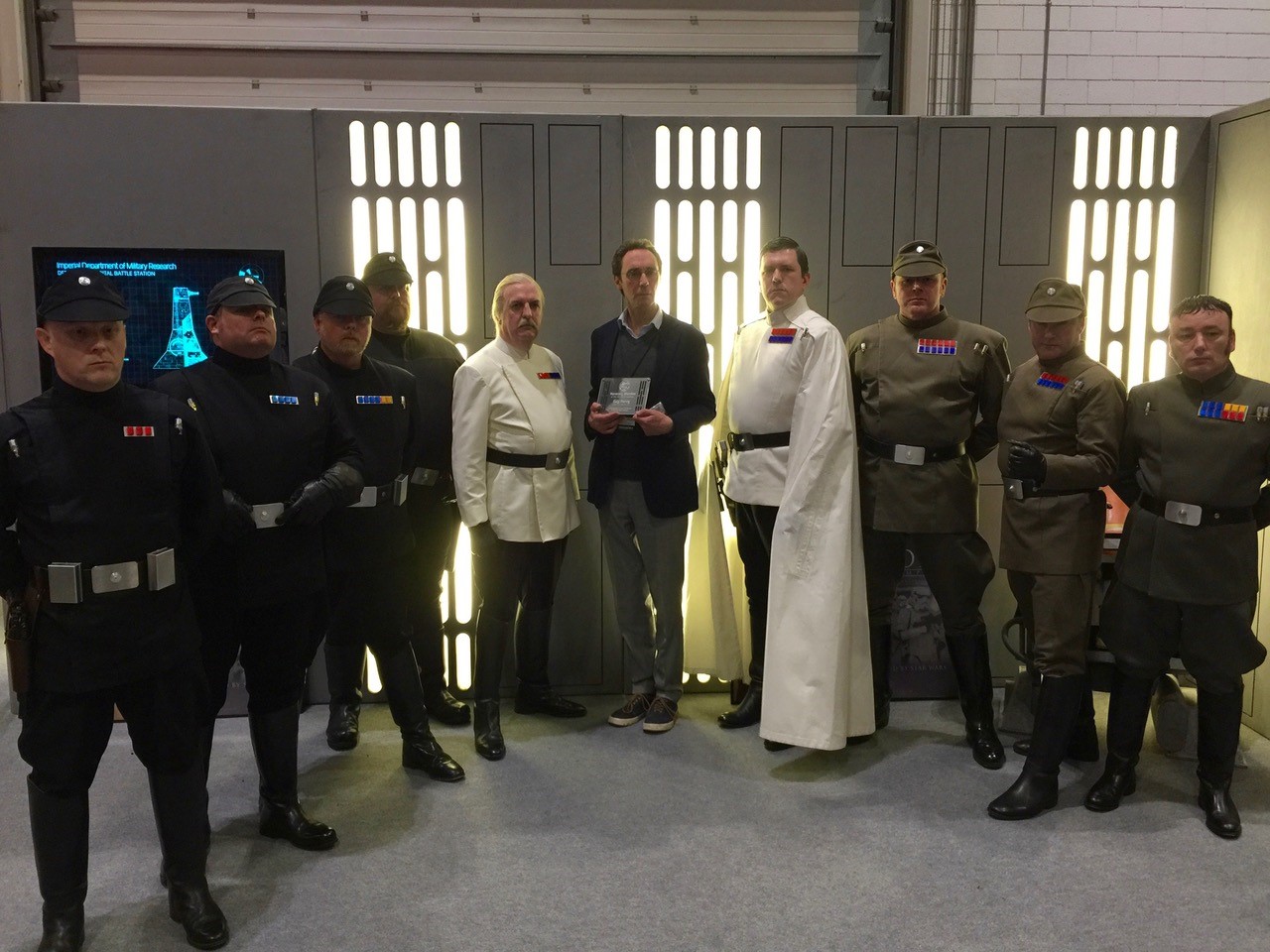 Guy was the man and the voice behind Grand Moff Tarkin in Rogue One. Tarkin was originally played by Peter Cushing who sadly passed away in 1994. The character was brought back into Rogue One through the use of motion-capture computer graphics using Guy as the body and voice of Tarkin replacing the actor’s face with a digital version of Peter Cushing’s face. It was a huge success and seamlessly allowed the appearance of Tarkin to great effect in Rogue One.

Guy was inducted into the UKG by Commanding Officer, Gary Hailes, at MCM London Comic Con on Saturday 28th October 2017.